Reddit is one of the biggest and most popular internet forums today. It is a fusion of social media networking sites and forums, making it a unique platform for both discussion and entertainment purposes.

Reddit encourages creativity among users as its upvote and downvote system and karma system drive users to only post the most relevant and most entertaining content in specific communities and subreddits.

Reddit is a platform where everyone can find a community with the same interest as them and share content to discover more about their common interest. This unique characteristic of Reddit has prompted many people to join the app, greatly increasing the volume of its users. Because of this, some posts may become unnoticed due to the surge of posts, which is why if you have interesting thoughts and you really want your fellow Redditors to be able to read it, you must make sure to post at the best time.

P.S. Want to grow your brand on Reddit? We offer all types of Reddit Marketing services. You can now buy Reddit karma, upvotes, accounts, and more!

Reddit is not like any other social media site where people can simply scroll, like, and comment a word or a sentence. Here are the reasons why time should be considered when posting on subreddits:

Data analysis on Reddit usage revealed that Reddit users are less active on workdays. Reddit user named antirabbit did a study on Reddit posts performance by studying 73,000 random posts. He found out that the posts with most engagements are those that were posted on mornings from Saturday to Monday.

Saturdays, 7:00 AM to 9:00 AM (US Central Time) – Since the majority of Reddit users are from the United States, posts that are published on Saturday mornings have better engagements because weekends give users more time. Posts published on a weekend morning have a better chance to be seen by Reddit users throughout the day as most of them have no school or work on weekends.

Sundays, 8:00 AM to 12:00 PM (US Central Time) – Just like the posts that are published on Saturday mornings, posts published on Sunday mornings have higher chances of getting seen by users frequenting Reddit throughout the day.

Mondays, 6:00 AM to 8:00 AM (US Central Time) – Monday is a busy day for everyone and people exchange stories and information about interesting trends during the weekends and users tend to share those stories on Reddit.

Users like sharing stories they heard from their colleagues, classmates, or friends that are relevant to trending topics. If you publish a post about a hot topic on Monday morning, there is a higher chance of you getting more engagements.

Benefits of Posting On Reddit During the Most Ideal Hours

However, considering the effort you exert to gather your thoughts and compose them concisely and if you are hoping to find a different perspective on issues or topics you want to discuss, it would be better to make sure that your fellow Redditors will be able to see your post.

Posts that do not immediately get engagements can be quickly buried by posts from other users. Posting the same content repetitively may also get flagged as spam and can get you banned in subreddits or communities.

Posting during the best time at least ensures that your post will have enough audiences to gain engagements and stay in the news feed longer. It would also give you a better Reddit experience if you get the chance to talk to more people about your opinions and theories. 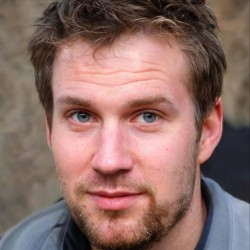 Mark Rogers
Mark Rogers have been concentrated on Social Media Analysis developing social marketing strategies for the past 8 years.